At the grand opening of the James W. and Frances G. McGlothlin Medical Education Center, the VCU School of Medicine announced the completion of the first phase of a fundraising campaign that raised $190 million in gifts and pledges. The campaign included $44.8 million in support of the education center, a total that surpassed its initial goal by $7 million. 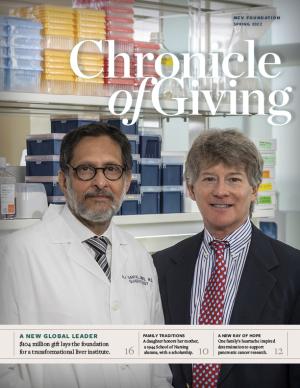 Read the amazing stories of how your private gifts can change lives in the foundation's flagship magazine.