In August, Dr. Jack and Carlyn Dalness were excited to visit with VCU occupational therapy students in a newly created laboratory named in honor of Carlyn’s late parents, Herbert and Charlotte Meyer.

The inspiring story of Carlyn’s parents — and of the gift that will support researchers, students and the people who benefit from their work — begins more than 80 years ago on the cusp of World War II.

In 1942, Charlotte, who was living with her family in the Libby Hill neighborhood of Richmond, accepted an invitation to attend a USO dance with a friend and a neighbor who served as a chaperone.

Not long after they arrived at the dance a young soldier named Herbert “Bert” Meyer, a Yankee from New York, walked in and saw Charlotte from across the room. He pointed at her and told his fellow soldiers that was the girl he wanted to meet. “He had his eye on her from the very beginning. They hit it off and became engaged in 1942, before he went off to war,” Carlyn recounted.

Bert was a medic in the U.S. Army 1st Infantry Division and was proud to be part of the unit known as “The Big Red One.”

His division was in the first wave of troops to land on Omaha Beach in the largest seaborne invasion in history: D-Day, June 6, 1944.

As a medic, Bert didn’t carry a weapon, only medical supplies to help his fellow soldiers. On that June day on the beaches of Normandy, he was shot through the head, with the bullet entering through his cheek and lodging in his mastoid. Miraculously, he survived and was taken on a ship to England for emergency surgery. Bert was then sent back to the U.S. in critical condition.

As he emerged from a coma and made a slow recovery, Charlotte’s family had concerns.

“We don’t think you should marry Bert,” they told Charlotte. “He probably won’t live to be 50 because of his serious injuries.”

Despite her family’s concerns, Charlotte married Bert while he was still undergoing two years of physical and occupational therapy at Walter Reed Army Medical Center. They eventually started a family and had a beautiful daughter named Carlyn.

“My mom loved my dad intensely, it was the kind of love they make movies out of,” Carlyn told us.

Therapy That Saved a Life and a Family

Bert showed tremendous tenacity to endure two years of therapy, but it was not without challenges. “He had to learn to speak all over again,” Carlyn said.

Not only did Bert defy the odds and the expectations of Charlotte’s family by living to be 93, but he flourished in life, holding a job, raising his family and even playing with his grandchildren later in life.

“I was really shocked when we found some paperwork on the extent of his injuries. 25% of his cranial nerves were damaged and his jaw was fractured. If you believe in miracles this might qualify. I had no idea of the extent of his injuries, he seemed so normal when I met him. He had two grandsons and he was ‘papa’. He was very coordinated — he would take the kids out and throw the ball, he could catch it under his legs and over his head,” Dr. Dalness, Bert’s son-in-law told us.

Throughout his recovery, Bert benefited significantly from physical and occupational therapy. Carlyn and the rest of her family credit these therapies, especially OT, with enabling Bert to lead such a normal productive life, and that is why news of the new College of Health Professions building in 2018 was so fortuitous.

A Gift to Impact Lives for Generations

Dr. Dalness is a 1968 MCV Campus dental school graduate, who coincidentally met Carlyn when he was a student and she was working in the diagnostic department at the dental school.

As an alumnus, he receives the MCV Foundation’s Chronicle of Giving magazine, which in 2018 included news of the new 154,000-square-foot building that would soon be completed to unify the College of Health Professions.

“The magazine comes, and we had been looking for some way to honor Carlyn’s parents,” Dr. Dalness said. “It was serendipity that we saw this, and I said ‘this is something we ought to look into.’”

The Dalnesses eagerly made a gift to name the Herbert and Charlotte Meyer Assistive Technologies Laboratory & Quiet Room. This lab allows students to train with technologies that assist patients who have movement limitations.

“For the Dalnesses to contribute in a way that they did, it has allowed us to expand the lab tremendously to provide the kinds of assistive technology training that our OT students require,” said Tony Gentry, Ph.D., an associate professor at the College of Health Professions who specializes in assistive technology. “We’re so happy that they’ve given us the resources to provide tools that help people live more productive and enjoyable lives. I don’t know any other way we could have made that happen.”

Dr. Jack and Carlyn Dalness attended the ribbon-cutting ceremony for the new the College of Health Professions building last May, and Dr. Dalness noted that the building stands on the same land previously occupied by the dorm he lived in while at dental school — Bear Hall. The Dalnesses also toured the school in August and were able to interact with students in the room that their gift helped establish.

“It was an honor and a pleasure to be able to do this,” Carlyn said. “Making a donation to the College of Health Professions, and especially to the OT department, means a lot to us. I’m hoping this helps the students go out and help a lot of other people. That’s important because it truly made a difference in my dad’s life, and hopefully it will make a difference in a lot of other lives.”

Bert Meyer died in 2013 at the age of 93, and he is buried with honors at Arlington National Cemetery. He was married to Charlotte for 68 ½ years.

Three years later in 2016, Charlotte was hospitalized and had been struggling to breathe for a few days. She was also age 93.

“I walked over to the hospital room window,” Carlyn said. “And I said, ‘Dad, if you’re listening up there, you get one of those angels, you get down here, and you get Mom right now. Today.’”

“She’s now with him in Arlington and for eternity,” Carlyn said. “And I know that’s where she wanted to be.”

Thank you to all our heroes.  Happy Veterans Day.

You can make a gift to honor a hero in your life. 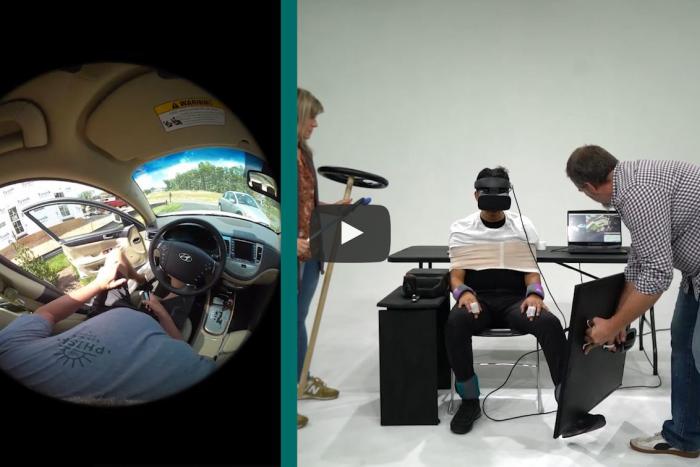 Arts and Medicine Converge at VCU

The partnership helps improve medical education and advance the clinical health and well-being in the community by addressing and solving problems through art and design. 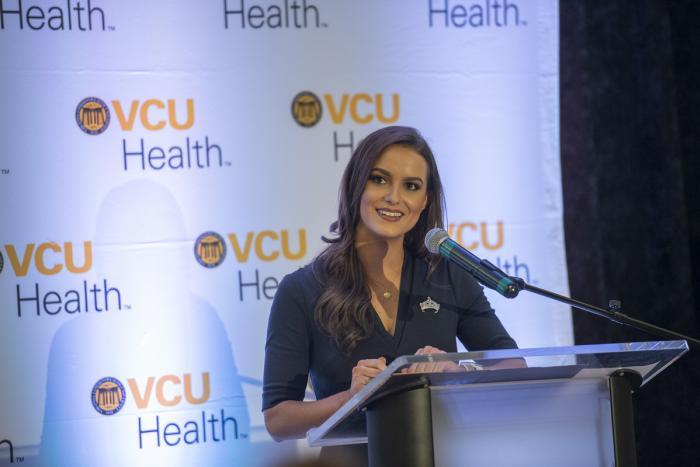 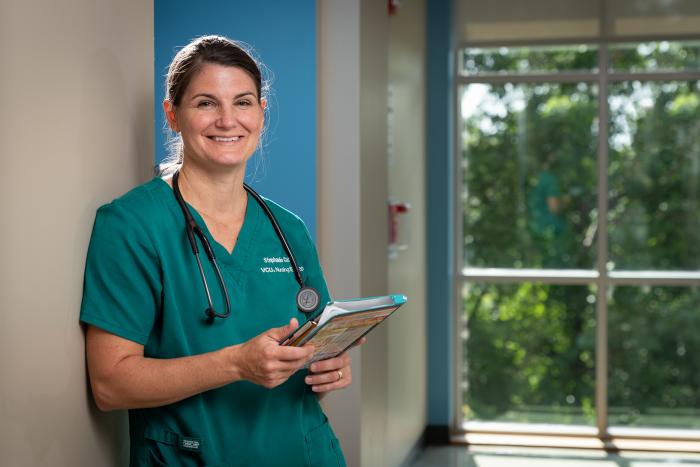 We’re often inspired by the stories of our students on the MCV Campus whose educational goals have been made possible through generous scholarships. The Invest in Me campaign shares why scholarships matter through the stories of students who receive them.