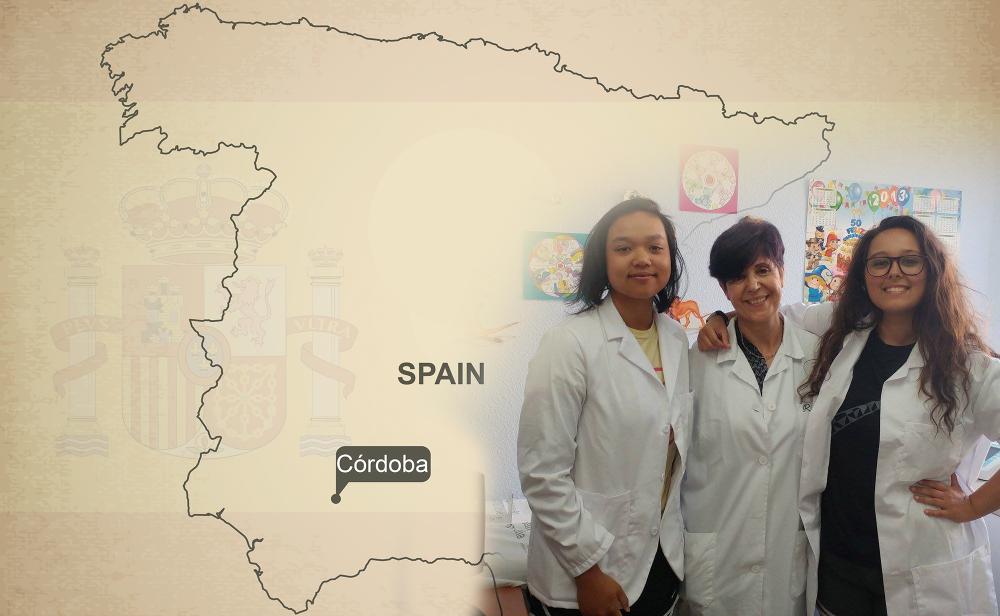 VCU School of Nursing students and scholarship recipients Amy Heng (left) and Staci Fraley (right) traveled to Cordoba, Spain, this summer. They are pictured here with their Spanish nursing instructor. 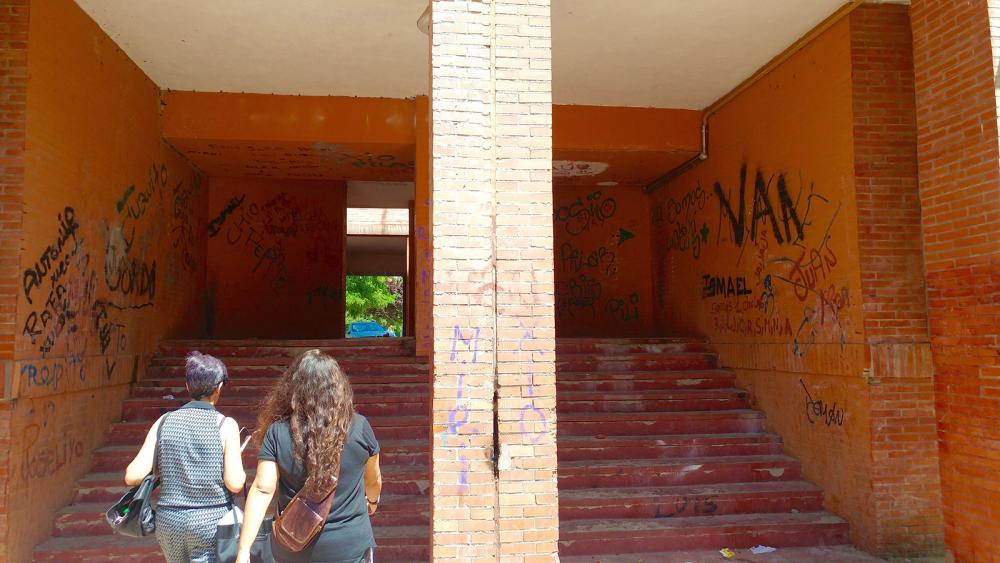 Working for a wellness clinic, Staci Fraley and her Spanish nursing instructor walk to a home visit in a poorer neighborhood of Cordoba. Photo: Amy Heng 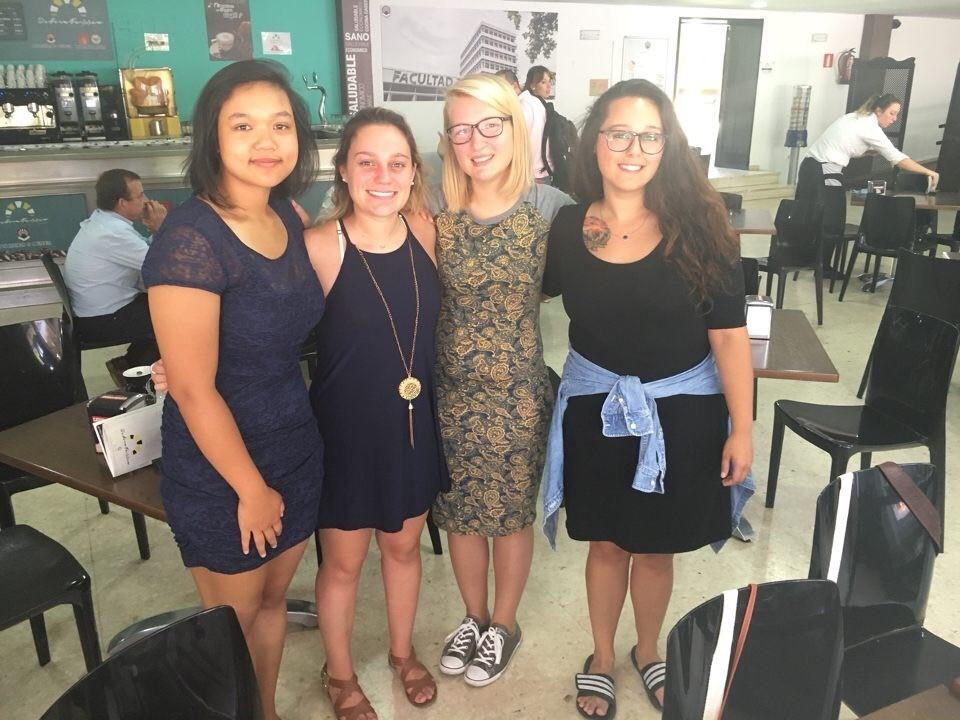 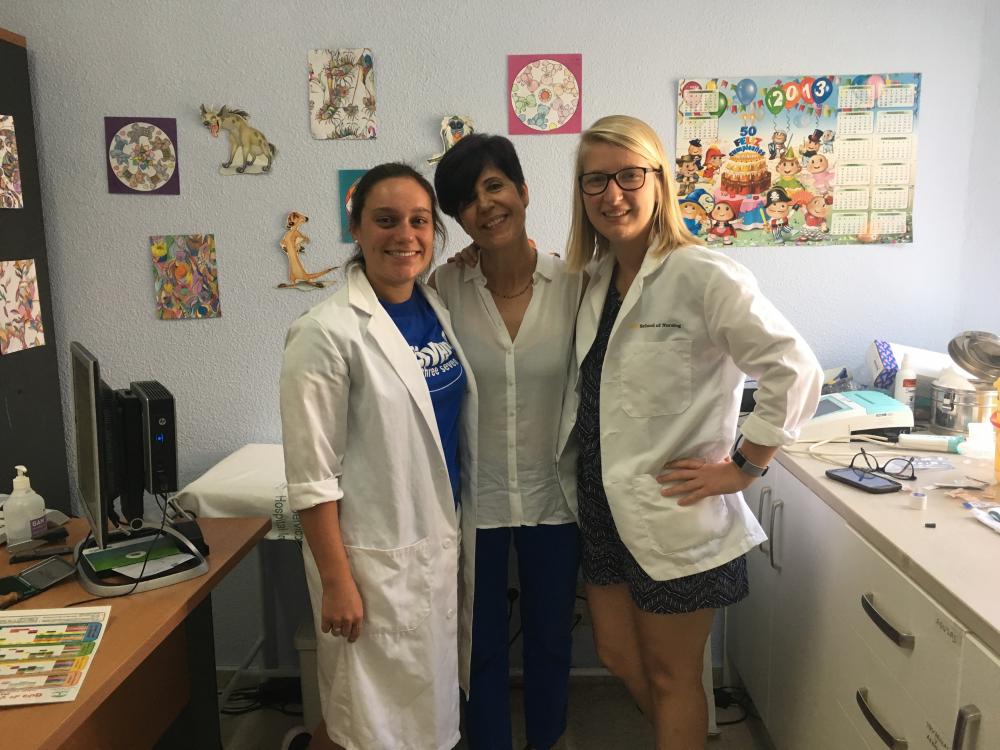 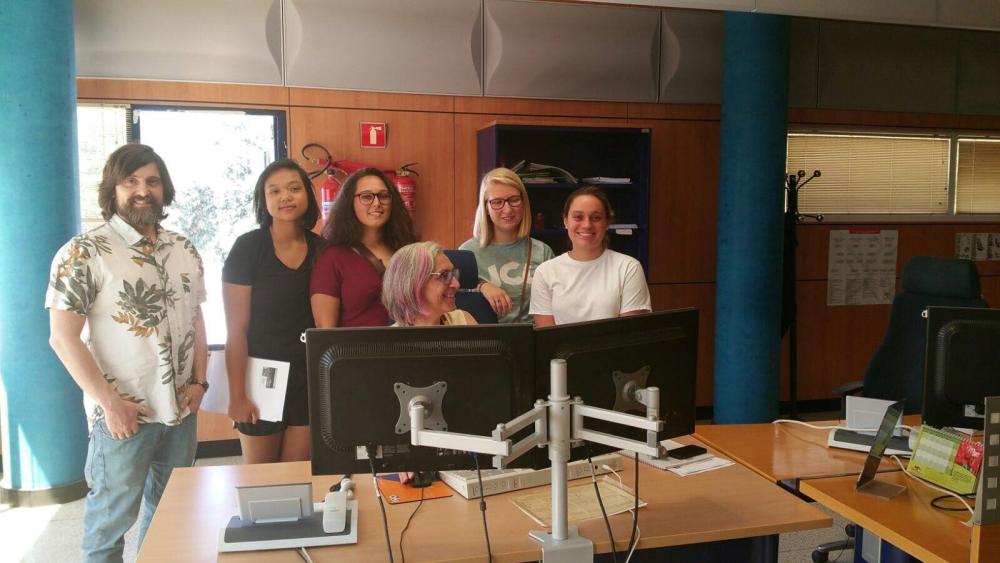 Amy Heng, Staci Fraley, Erin Dymon and Kaitlin Boyden at the 061 call center in Cordoba. 061 is Spain’s version of 911. 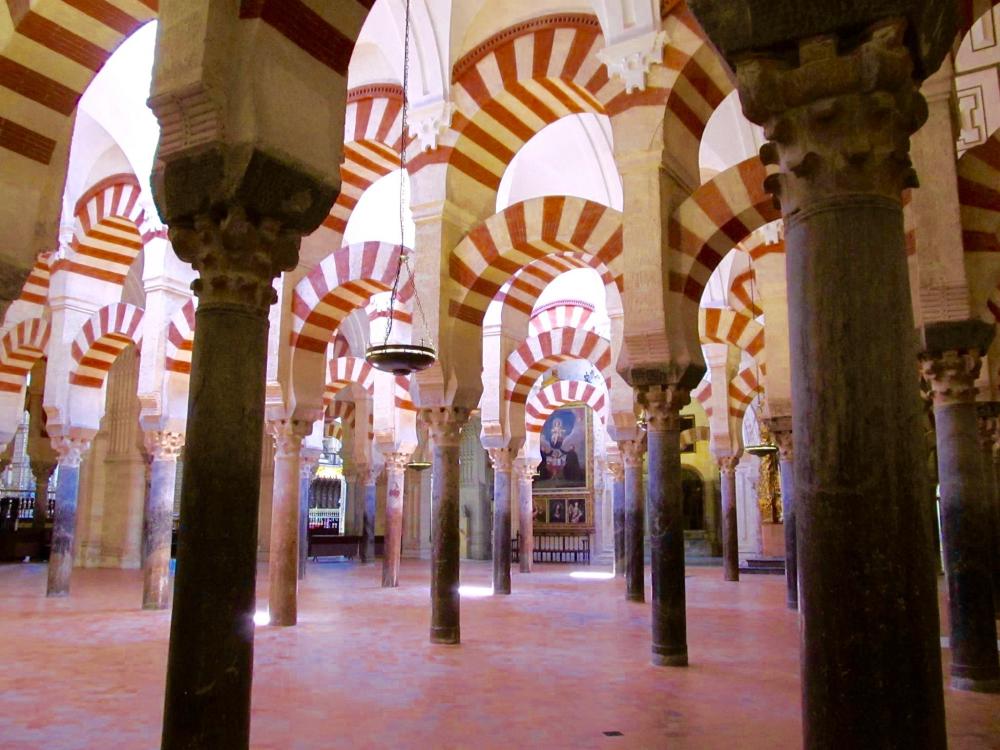 This past June, as VCU School of Nursing students Staci Fraley and Amy Heng walked through clinics, communities and homes in Cordoba, Spain, they began to notice much of what they had traveled across an ocean to search for.

The two were in Spain taking part in a three-week exchange program at the University of Cordoba. They had been through clinics and on home visits throughout the city, working with Spanish nursing instructors to understand and appreciate healthcare system and the personal health differences between Spain and the U.S.

One of the main things they noticed was that nurses in Spain had more one-on-one time with patients that they used for education. Staci said that time could be invaluable in the U.S. if nurses could use it to begin addressing certain health issues and prevention techniques like diet and exercise.

“In Spain, nurses will sit down and educate patients on their diabetic treatment, how their blood pressure medicine is working, and many other issues,” Staci told us recently. “As nurses, we can do those things here, but right now we get very little one-on-one time to sit down and discuss topics like this.”

Something else Staci and Amy witnessed in Spain, which could inform their discussions and education with patients in the U.S., is the Mediterranean diet and its possible connection to hospital visits.

“The personal health of people there is a lot better than in the U.S. They were more active and their diets consist of more healthy fats from things like olive oil and fish,” Amy sad. “As a result, a lot of people in the hospital in Spain are not there for issues related to their weight like they are in the U.S.”

Conclusions and ideas like these are why Staci and Amy went to Cordoba this year along with two other VCU School of Nursing students. They hoped to gain perspective on how nursing is done in another area of the world, and to allow that perspective to inform their practice and influence what they might advocate for as they enter the profession.

In their time on the MCV Campus, Staci and Amy both have benefited from multiple scholarships. In addition to merit- and need-based funding offered to undergraduate and master’s nursing students by the VCU School of Nursing, scholarships are also available thanks to donors and alumni who have given to endowment funds to help secure the future of the school and its students. Most recently, Staci received the Theresa A. Thomas Memorial Scholarship and Amy received the MCV Hospital Auxiliary Scholarship.

“I’ve been paying for college through loans and scholarships because my family doesn’t have money to give,” Staci said. “So scholarships make college possible for me.”

Amy’s parents, who immigrated to the U.S. from Cambodia, work as a taxi driver and hotel cook to pay for as much of Amy’s education as possible. Scholarships help with expenses and other payments that are left over.

Staci and Amy’s scholarships didn’t directly pay for the trip to Spain this year, but they helped make it possible by enabling them to save money from their jobs at the VCU Medical Center. The scholarships also help the two with academics.

“Having a scholarship provides more incentive to try as hard as possible,” Staci said. “It gives you something to earn.”

Staci and Amy both took Spanish courses in high school, but when they’re in the U.S. and meet with Spanish-speaking patients, it’s still very hard to communicate.

By going to Cordoba and immersing themselves in medical settings where only Spanish was spoken, they picked up on important words and phrases quickly. By their third week they were able to give and understand directions, ask questions and recognize healthcare terms in Spanish. They said this will be essential to their future work here in the U.S.

“There are so many Hispanic patients here that solely speak Spanish,” Amy said. “Things like asking if they have pain, if they want water, if they want to turn over — they’re hard if there’s not a person to translate.”

“When you’re communicating with a patient it’s important to know their language,” Staci said. “Certain questions are uncomfortable, and you can tell that patients don’t like talking through a translator. You can provide more comfort in care if you know the language.”

Something else Amy and Staci benefited from in Cordoba was seeing how home visits are utilized in the country.

“Coming back to the U.S., I would advocate for the shorter length of hospital stays,” Staci said. “We all know how expensive it can be to stay in a hospital for a week – even a day can be thousands. In Spain, they try to save some of that cost by having patients go home and heal and having the nurse come on a regular basis to take care of them. That way they also have the spiritual and emotional support of their families.”

Thanks to scholarships and their own families, Amy and Staci understand the impact of support — which comes in many forms — and they plan to pay it forward. Staci volunteers in clinics in her hometown of Big Stone Gap, Va., whenever she can, and Amy is making plans of her own.

“The way my parents raised me is to be very grateful for everything that comes my way,” Amy said. “And I hope to one day give back to the community because the community has given a lot to me.”

To learn about how you can support scholarships for students like Amy and Staci, contact Brian Thomas.

Honoring a Pathology Teacher and Mentor 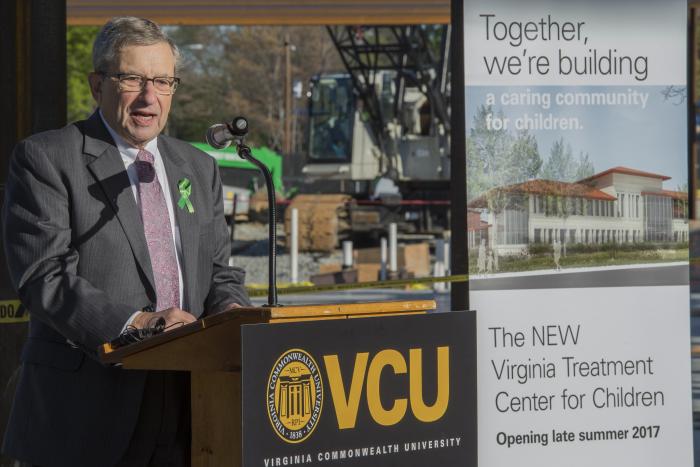 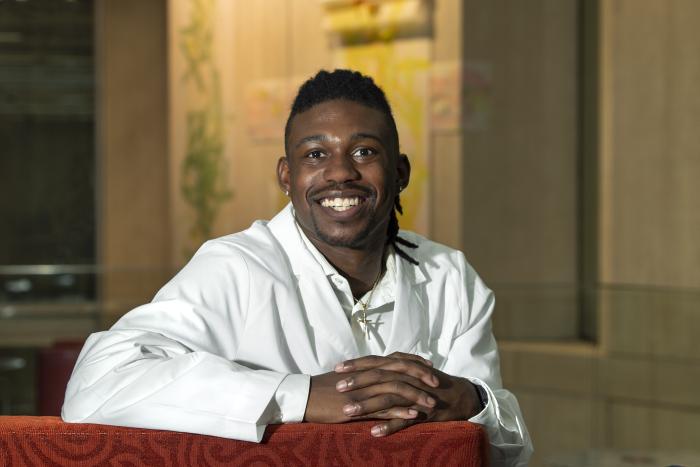 Dean's Equity Scholarship at the VCU School of Medicine

Scholarship sets Gabe Thomas on path to becoming an advocate for family, community through medicine