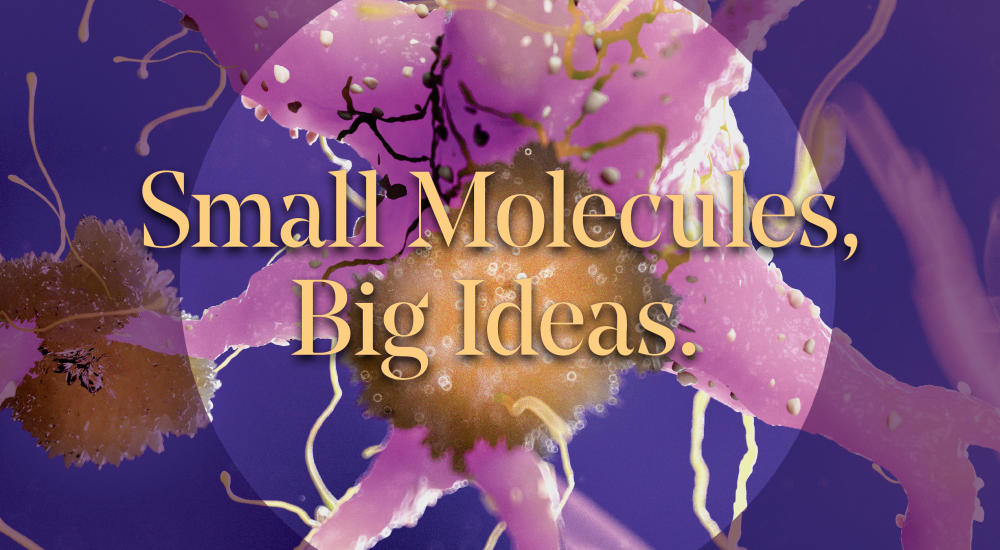 More than 5.8 million Americans are living with Alzheimer’s disease, and experts predict that number will soar to nearly 14 million by 2050. This neurodegenerative disease is the sixth leading cause of death in the U.S., and it affects millions more loved ones who often provide care for family members who receive the heartbreaking diagnosis.

Breakthroughs for treating Alzheimer’s disease may rest in novel compounds that stop inflammation responses in the brain’s nerve tissues.

Shijun Zhang, Ph.D., a professor in the Department of Medicinal Chemistry at the VCU School of Pharmacy, likes to think both big and small. He finds joy and fulfillment in the discovery and engineering of tiny molecules that may lead to an effective treatment for Alzheimer’s disease.

“Alzheimer’s disease is a devastating condition that desperately needs effective treatments to help patients and their caregivers,” Dr. Zhang said. “Our technology may provide a new direction in developing novel compounds to fight this disease.”

Emerging research suggests that chronic inflammation may be linked to the buildup of cellular debris that causes neurological dysfunction in Alzheimer’s patients. Armed with that knowledge, Dr. Zhang is researching how to disrupt inflammation responses. By turning off inflammation proteins, Dr. Zhang hopes he can help the body protect the neural pathways that normally are ravaged by the disease.

Currently, he is pursuing two promising lines of research in the development of treatments for Alzheimer’s disease.

Dr. Zhang’s research to develop treatments for Alzheimer’s disease includes both a targeted drug discovery path and a traditional drug discovery path. In the traditional discovery approach, his team built off research on the neuroprotective properties of melatonin, the sleep hormone, and curcumin, a chemical component of turmeric that gives the spice its bright yellow color. Previous studies have shown that these natural products have properties that decrease neuroinflammation. One challenge is that the bioavailability, or how much of the substance enters circulation in the body, is poor for curcumin. Knowing that both naturally occurring substances have efficacy at combatting Alzheimer’s disease risk factors provided Dr. Zhang and his team with a starting point for building a new molecule based on the structural components of each.

Dr. Zhang’s lab tested these novel compounds he constructed with components from both melatonin and curcumin. Their goal was to evaluate effectiveness in cell models, including whether the compounds could cross the blood-brain barrier and if the delivery method could ensure enough of the drug was present to have a positive result.

“We tested these compounds in our Alzheimer’s disease cell model and it’s very promising,” Dr. Zhang said. “When you compare to melatonin or curcumin, it’s better and much more neuroprotective.”

Based on earlier studies, his lab continues to craft new analogs of these molecules in order to improve the scaffolding created by combining structural elements of curcumin and melatonin. The new compounds are evaluated based on how protective they are against risk factors for Alzheimer’s disease and whether they can cross the blood-brain barrier to provide enough of the drug needed to be effective. Those factors will determine which drug candidates move into potential clinical trials.

Dr. Zhang’s additional research into remedies for Alzheimer’s includes a promising line of work to develop small molecules that function as inhibitors for neuroinflammation. The project initially started with the heart. He and a graduate student working with a cardiovascular lab in the VCU School of Medicine were developing small molecule inhibitors targeted to a specific inflammasome, NLRP3. This NLRP3 protein complex is part of the body’s innate immune response. In many ways, it functions like a home security system. Once the body detects invasions, like a pathogen, the NLRP3 complex assembles and acts as a dispatcher, signaling the body to produce cytokines, such as interleukin 1 beta (IL1ß), which play an important role in signaling cells in various ways during inflammation.

Additional research has shown evidence that the NLRP3 protein complex plays a role in the development of neurodegenerative disorders when the immune response becomes out of balance and chronic inflammation occurs. The NLRP3 protein complex is important to regulating balance in the inflammatory response, which research suggests is a contributing factor in the development of Alzheimer’s disease. The National Institutes of Health awarded Dr. Zhang a grant to explore the creation of inhibitors that could prevent or stop the progression of Alzheimer’s disease by blocking the overactivation of the NLRP3 inflammasome.

“When we started this research, we noticed the involvement of the inflammasome, which is critical, especially as the first barrier in the host system,” Dr. Zhang explained. “We want to see whether we can address what role this NLRP3 protein complex has in the development of Alzheimer’s disease by designing different chemical tools. And on the other side, eventually we want to know whether we can develop some drug candidates from molecules that target the inflammasomes.”

With that knowledge, Dr. Zhang and his team soon engaged in repeatedly building and testing small compounds to address the NLRP3 inflammasome complex. In the evolving process, Dr. Zhang and his lab are engineering and testing molecules for their effectiveness at inhibiting the protein. The molecules themselves are also tools, Dr. Zhang said, for better understanding the role the protein complex plays in the development of Alzheimer’s. Their tests confirmed how effective the molecules were by measuring decreases in the byproducts of NLRP3 inflammation.

From here, Dr. Zhang’s team ran countless tests of potential compounds to see how they affected the amount of chemical byproduct produced as part of the body’s immune response. Through this screening, they confirmed that the appropriate protein complex was targeted and that their compounds decreased the output of inflammation responses linked to the development of Alzheimer’s disease. They also assessed how the compounds would be absorbed in the body and whether they would successfully penetrate the blood-brain barrier. For Alzheimer’s patients, long-term treatment is expected, so his lab is looking to design a solution that can be orally ingested.

“It’s exciting — when you get to testing and see improvements in cognition,” Dr. Zhang said. “This is really promising. We’re confirming our hypothesis and seeing results.” The team has amassed a significant library of compounds and data to support preclinical studies and intends to pursue funding for the work ahead. That support will be critical, Dr. Zhang said, for fueling a discovery process that is ongoing. “As we think about future clinical studies, we may need a better molecule, so we’d go back and continue building and testing candidates for this particular application,” he explained.

The team is eager and excited to pursue this research, with the goal of advancing toward clinical trials and ultimately, Dr. Zhang hopes, a treatment option that can provide hope for patients and loved ones affected by Alzheimer’s disease.

If you are interested in learning more about Dr. Zhang’s research on Alzheimer’s disease, please contact Louie Correa, senior director of development at VCU School of Pharmacy, at 804-828-3016 or lacorrea@vcu.

Read the full story about this research and other exciting innovations happening at VCU Health. 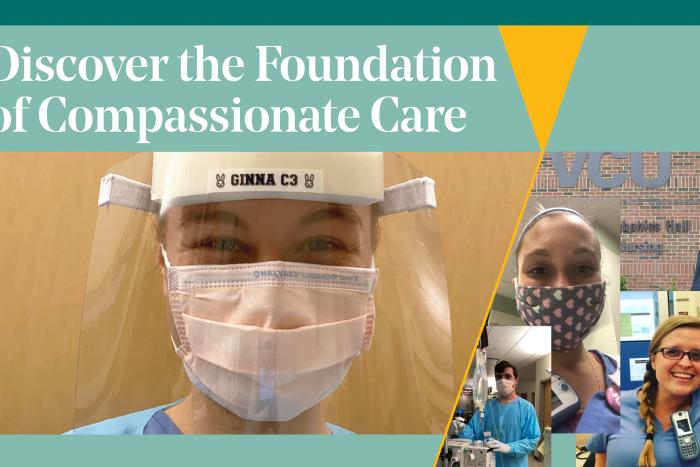 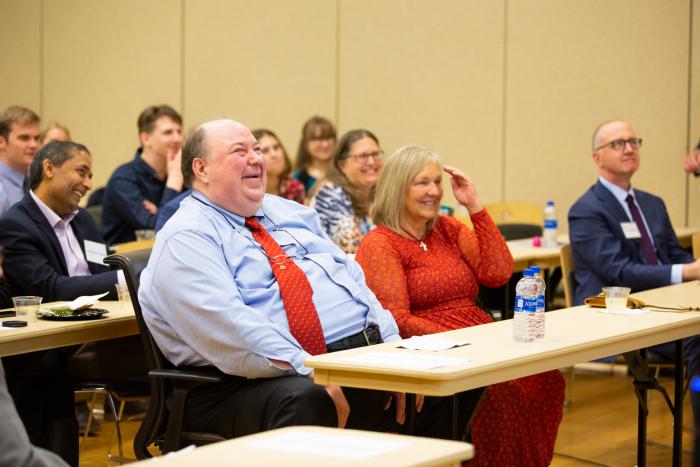