For many years, Jerry Creehan’s plan for retirement included teaching wine tasting classes. He is a certified wine specialist and counts the fermented refreshment as one of his passions, along with his grandchildren, his church and his Pittsburgh sports teams.

In 2016, Jerry’s planned path to spending his days teaching others about the subtleties in blushes, burgundies, cabernets and chiantis began to veer in an unexpected direction. The turn started with a steadily increasing weakness in his legs. Then, he began to fall on occasion.

“When I couldn’t get up from those falls is when I realized I need to see someone in tune with this kind of problem,” he told us recently.

After seeing several doctors, Jerry found VCU Health’s Neuroscience, Orthopaedic and Wellness Center, where Scott Vota, D.O., director of the Neuromuscular and ALS clinics at VCU, diagnosed him with amyotrophic lateral sclerosis (ALS). ALS, often referred to as Lou Gehrig’s disease, is a progressive neurodegenerative disease that affects nerve cells in the brain and spinal cord. It progresses to involve muscles that control vital functions such as speech, swallowing and breathing. Life expectancy after diagnosis is two to five years.

“It’s actually a diagnosis of exclusion, so they try to exclude everything on the list because the last thing a provider wants to tell a person is that that they have ALS. That’s because the outcome is not a positive one,” said Jerry’s wife, Sue Creehan, who is a nurse manager for wound care at VCU Health. “It was very devastating to us when we got that news on Jan. 12, 2017. It was like we got kicked in the gut, and absolutely our entire world changed.”

Jerry began receiving treatment for his ALS, started using a breathing machine at night, and familiarized himself with adaptive devices, such as tools to help with everyday tasks and a power wheelchair that will be a part of his life moving forward.

By Aug. 23, Jerry and Sue had something to be optimistic about again. That day, Jerry was one of the first three patients in Virginia to receive a new drug for ALS called Radicava. The drug, which is administered via infusion every day for 14 days initially, and then periodically for the rest of a patient’s life, is expected to slow the progression of ALS by 33 percent.

“I’m very grateful,” Jerry said. “Thirty-three percent, that could be an extra 2 years, and that is the definition of hope.”

“This isn’t a cure, but there is a great chance that this is going to prolong the quantity and the quality of our patients’ lives, and that’s exciting,” Dr. Vota said. “It instills hope where there hasn’t been hope before. They’re going to be able to walk longer, be able to eat longer, be able to speak longer and be able to move around and engage with family and friends for longer than they would have before.”

Dr. Vota said that as soon as his ALS clinic team received word from the FDA in May that the drug was approved, they began working as quickly as possible to get it to their patients. This VCU Health team is interdisciplinary and includes physical therapists, respiratory therapists, dieticians, social workers, nurses, physicians and a research coordinator. Patients see each one of these specialists every visit, and Jerry has been very impressed with the group.

“My first visit was a four-hour appointment, and by the time I met with the last person, I was in tears because of the love, the care and the compassion that exuded from each and every one of them,” he said. “I couldn’t have felt more at home if I was at home.”

Jerry also said he has been amazed at how the VCU Health team members communicate among themselves, always letting the other specialists know if something relevant came up in their conversation with Jerry that could be useful to the team.

Many of the therapies and team members Jerry has encountered in his time with VCU Health are supported by Harper’s Hope, a fund established in 2014 by another VCU Health ALS patient, Vic Harper, to support research of the disease and the care of those who are battling it.

On Aug. 23, as Jerry sat next to Sue on the MCV Campus receiving his first Radicava infusion, he said he’d like to do his own part to help raise awareness and support VCU’s ALS clinic through Harper’s Hope.

He planned to do something to raise some money and give it to the fund, he said, maybe by getting out and teaching some wine classes.

The VCU ALS clinic offers comprehensive diagnostic, consultative and therapeutic services to patients with neuromuscular disease. The MCV Foundation works alongside Harper’s Hope through an annual charity golf tournament and other philanthropic opportunities to support the clinic's cutting-edge research and compassionate care for patients and their families.

To learn more about the Harper's Hope Fund, click here or watch the video below.

Supporting cutting-edge research and compassionate care for patients and their families. 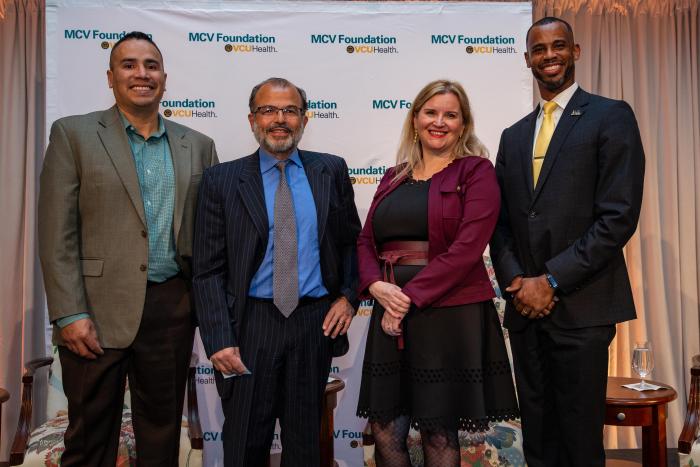 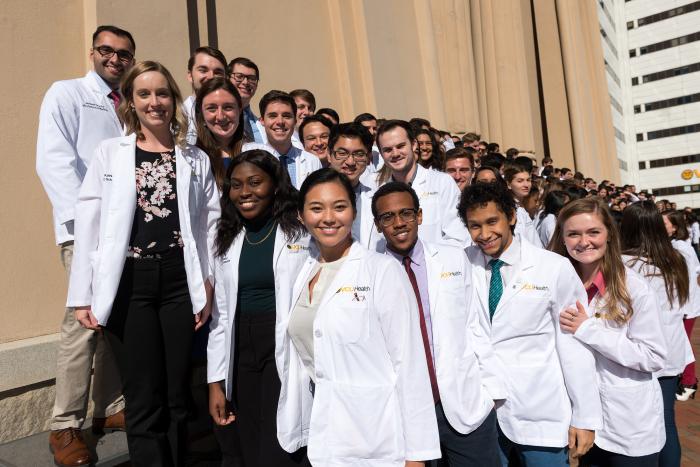 Four schools and one college will recruit and train highly qualified, underrepresented students. 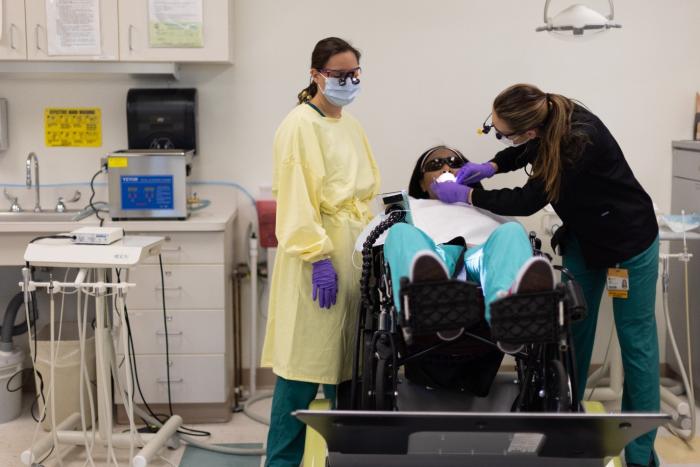 A special partnership between the Virginia Home and VCU School of Dentistry ensures oral health care for disabled residents and valuable learning experiences for D.D.S. and hygiene students.